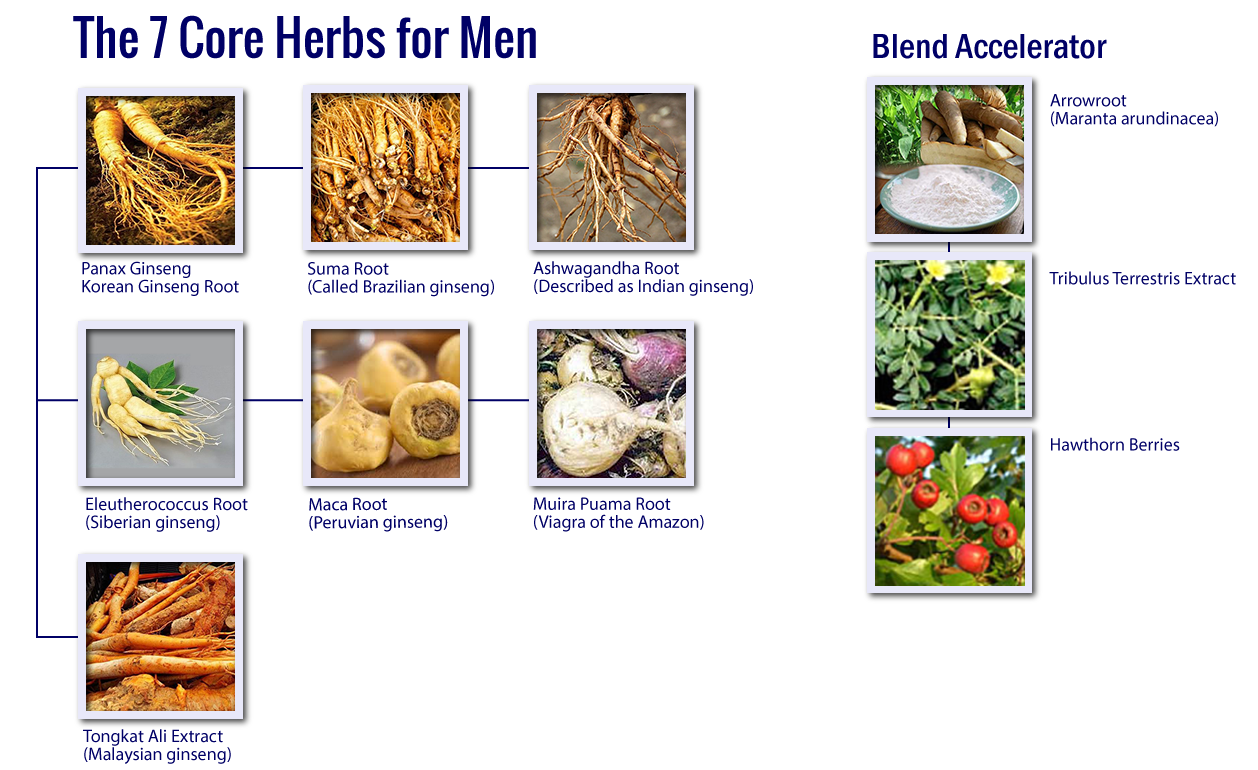 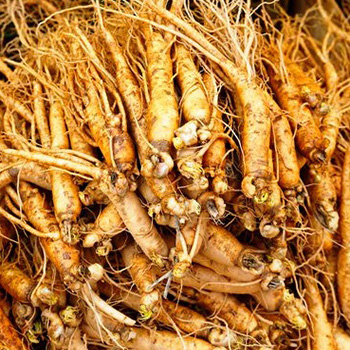 Suma Root(Pfaffia Paniculata)
Suma Root (Pfaffia Paniculata) is a plant found in the Atlantic rain forest of Brazil. It is sometimes called Brazilian ginseng, although it is not related to ginseng. The root is used to make medicine. Suma is used as an “adaptogen” to help the body adapt to stress by improving the immune system. Suma is also used as a treatment for cancer and tumors, diabetes, and male sexual performance problems; as a tonic to restore body function; and as an aphrodisiac to heighten sexual arousal. 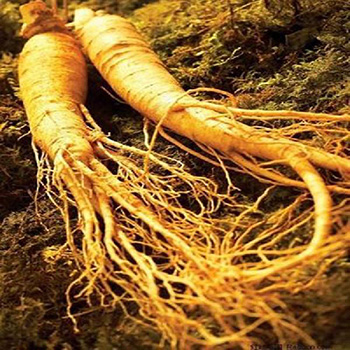 Panax Ginseng Root
The main active ingredients of Korean ginseng are ginsenosides. Ginsenosides increase protein synthesis and activity of neurotransmitters in the brain. Ginseng stimulates the formation of blood vessel and improves blood circulation in the brain thereby improving memory and cognitive abilities. Ginseng also improves the blood circulation in the male organs, in a way similar to Viagra. Korean ginseng contains steroids such as panaxtriol. The steroids are remarkably similar in structure to anabolic steroids found naturally in our body. This makes Korean ginseng ideal for athletes and body builders looking for a natural alternative to anabolic steroids, and helps men seeking a natural way to achieve and erection and boost libido. 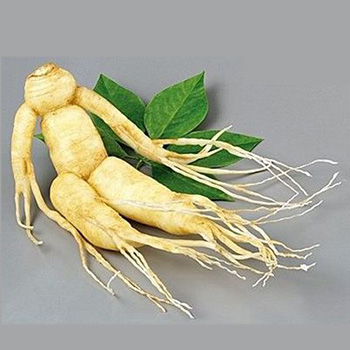 Eleutherococcus Root
Eleutherococcus, also known as eleuthero or Siberian ginseng, grows in mountain forests and is native to eastern Asia including China, Japan, and Russia. Traditional Chinese Medicine has used eleutherococcus for reducing lethargy, fatigue, and low stamina as well as increasing endurance and resilience to environmental stresses. Eleutherococcus is considered an “adaptogen,” a term that describes herbs or other substances that, when ingested, appears to help an organism increase resistance to stress. There is strong evidenceEleutherococcus senticosus increases endurance and mental performance in patients with mild fatigue and weakness. 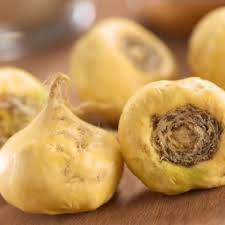 Maca Root
Known as Peruvian Ginseng, which supports the glandular system. This herb serves two functions of sexual health: it enhances sexual performance and desire, as well as improves endurance and energy. A key ingredient of Maca is ginsenoside, which alters blood flow to the brain and penis and can build blood flow and sperm. Russian scientists have reported that Ginseng stimulates both physical and mental activity, enhances athletic performance and has a positive effect on the sex glands. Used to combat impotence and premature ejaculation, Maca also helps normalize blood pressure while rejuvenating and revitalizing the body. We included Saw palmetto in Vigmax for its male organ strengthening and anti-aging qualities. 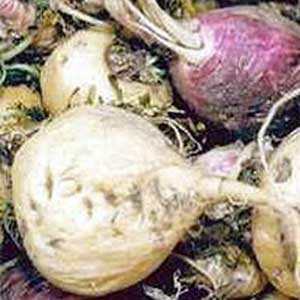 Muira Puama Root
Muira puama, also called "potency wood," is a small tree up to 15 feet in height native to the Brazilian Amazon. The bark and root are the primary parts of muira puama that are utilized. Indigenous peoples use muira puama for the therapy of impotency, fatigue, neuromuscular problems, and rheumatism. Muira puama's botanical name is Ptychopetalum olacoides. Don't be surprised if you see muira puama spelled in many different ways, including mara puama, marapuama, and marapama. The root and bark are used for a variety of ailments by indigenous peoples in the Rio Negro area of South America, and have become popular as herbal treatments for sexual dysfunction. 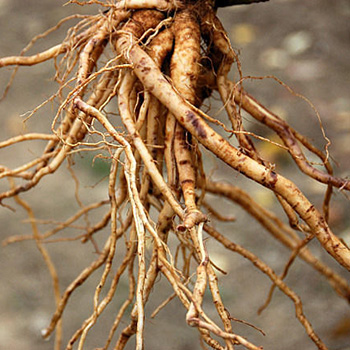 Ashwagandha Root Extract
Ashwagandha is one of the most important herbs in Ayurveda, a form of alternative medicine based on Indian principles of natural healing. Its botanical name is Withania somnifera, and it’s also known by several other names, including Indian ginseng and winter cherry. Ashwagandha supplements may have powerful effects on testosterone levels and reproductive health. In one study in 75 infertile men, the group treated with ashwagandha showed increased sperm count and motility. Ashwagandha is a safe supplement for most people. 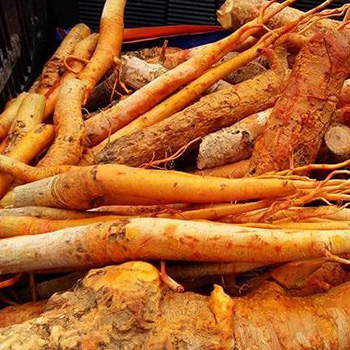 Tongkat Ali Extract
Tongkat ali, also known as Malaysian ginseng or Eurycoma longifolia, is a therapeutic herb native to the Malaysian rain forests. Like many other exotic plants, tongkat ali is popular in traditional medicine. Its primary use has been to promote healthy libido and support normal hormone levels in males. Traditionally, tongkat ali root was used as an aphrodisiac and remedy for age-related sexual disorders and symptoms of andropause. The root contains compounds that have repeatedly been shown in animal studies to stimulate libido, promote semen quality, and even support muscle growth. These effects have largely been attributed to increases in testosterone. 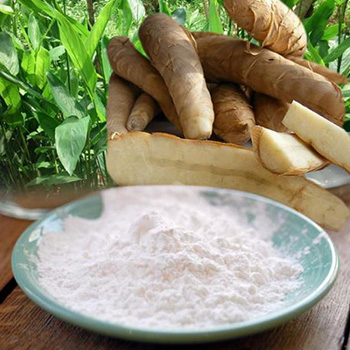 Arrowroot(Maranta arundinacea)
Arrowroot is a plant. VigMax use starch taken from the root and rhizome to make medicine. Arrowroot helps get rid of cholesterol in the body. Arrowroot has had such traditional uses as healing wounds from poison arrows, scorpion bites and gangrene. Arrowroot creates an excellent binder by concentrating the various herbal mixtures without gluten. Arrowroot improves your circulation, blood pressure, weight and digestion.

Hawthorn Berries
This phytochemical, with exceptional preventive capacities, comes from the hawthorn tree. Hawthorn is rich in bioflavonoids, which relax and dilate the arteries. These compounds are powerful antioxidants that help increase the flow of blood and oxygen to the heart. This reduces the work required by the heart to circulate blood, and in- turn this reduces blood pressure and stress to the heart muscle. The bioflavonoid substances in Hawthorn give strength to the walls of blood vessels and improve blood flow to other areas of the body including the genitals. Increased blood supply increases stamina and overall health and increased blood supply to sexual organs can enhance sensations and deepen orgasms.